Uncorking the Hidden Gems: A Look into Small Wine Producers in the Dundee Hills of Oregon

As the sun rises over the valley, the dew-covered vines glisten in the morning light, and the air is filled with the sweet aroma of ripening grapes.  The Dundee Hills AVA in Oregon is a renowned wine region known for producing some of the finest Burgundian style wines in the world. Situated within the larger Willamette Valley AVA, the Dundee Hills are located about 28 miles southwest of Portland and are protected from the Pacific Ocean’s climate by the Coastal Range mountains.

The region has a unique climate and soil that make this location ideal for growing grapes. Between the Jory soil that provides excellent drainage along with the elevation and slope offering warmer nights.  With a history going back over 50 years with pioneers like Dick Erath and David Lett first planting grapes, the Dundee Hills continues to be a hub of innovation and excellence in the world of wine.   This feature will explore several small producers who perfectly embody the spirit and character of the region.

Cliff Anderson grew up on his grandfather’s farm in San Diego, where he developed a love for agriculture and the natural world.  At the young age of 16, he discovered his true passion, wine, after reading an article on fermentation in Scientific American. While in graduate school, he met his partner Allison and they both shared a love for the grape. Eventually they moved from Southern California to Oregon where they planted their first vineyard in 1978. 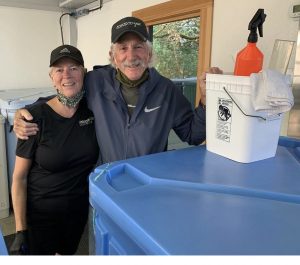 After struggling to grow Cabernet Sauvignon on a less-than-ideal site, they searched for a better location and eventually found it in the Dundee Hills, planting the Anderson Family Vineyard in 1992. “We were buying David Lett’s 1982 Pinot Noir for company parties and were impressed with the quality,” said Cliff. “Our experience in Europe taught us site really does matter. The Dundee Hills resonated immediately because it had that unique and distinctive quality the French call terroir.”

One aspect that makes the Anderson family’s vineyard unique is its geological makeup. While it is located within the Dundee Hills region, the vineyard is situated on a bluff that is actually an ancient landslide composed of basalt scree and talus. This, combined with the underlying marine sediments, results in wines with distinct character.  They tend to be darker and less floral than those typically produced in the Dundee Hills.

Over the years, the Andersons have refined their winemaking style, adapting to the philosophy of trust the vineyard.  “We want intense, intriguing flavors and aromas–we look for concentration. No wimpy wines,” said Cliff. “And, probably influenced by our reductive [excluding oxygen] winemaking– we strive to make wines that age for decades.”

The winery makes a Chardonnay that they are particularly proud of, though its creation has not been without challenges.  The Andersons  first attempted to make Chardonnay from Oregon grapes in 1981, but struggled to get the fruit ripe and the resulting wines were too bright to be enjoyable.  In the early 1990s, they were able to obtain two clones of the first Burgundian Chardonnays that were released. Over the years they experimented with different techniques such as yeast, barrel and vineyard management. They eventually found a system that worked for them. This involves harvesting grapes at flavor ripeness, lightly whole cluster pressing, and allowing the juice to undergo an extended barrel fermentation where it spends 10 months in contact with actively fermenting yeast, resulting in wines with texture, depth, complexity and age-ability.

Tom Fitzpatrick has had a varied career in winemaking, beginning with a small winery in Washington and later working in New Zealand. He ultimately settled in the Napa Valley, where he worked for renowned wineries such as Pine Ridge. After completing his studies at UC Davis, Tom spent a year in Burgundy, which sparked his interest in Pinot Noir and the concept of terroir, or the unique combination of climate, soil, and other factors that contribute to a wine’s character. 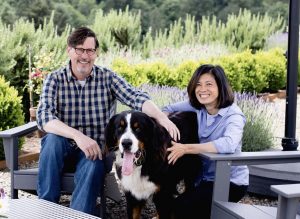 Despite being a newer winery in the region, Élevée has made a name for itself by producing exceptional Pinot Noirs from four different AVAs within the Willamette Valley and building recognition one customer at a time. Tom’’s approach to winemaking involves varying techniques from year to year in order to capture the unique and distinctive flavors of each site.

The Élevée Vineyard, the winery’s flagship site located in the Dundee Hills, is planted with Pinot Noir on a south-facing slope between 480-540 feet in elevation. The vines are grown in Jory Series soils of volcanic origin and are densely planted with 3,000 vines per acre. In addition to Pinot Noir, Élevée also produces a dry and crisp Rosé of Pinot Noir with bright fruit flavors and a refreshing acidity.

The Dundee Hills AVA is known for its warmer climate, which is protected from the cooler marine air that influences other parts of the Willamette Valley. The Pinot Noirs produced by Élevée are graceful and elegant, with flavors of raspberries, violets, and black tea, and a silky texture. While the region is often compared to Burgundy because of its focus on Pinot Noir, Tom believes that each site has its own unique personality and strives to produce wines with purity that capture the essence of each location.

Visitors and wine tourists appreciate the genuine sense of place. Many of them have visited other wine regions around the world and are looking for something different.  For the local industry, it is not about becoming too commercial or extravagant, instead to focus on maintaining that unique character and qualities of the Dundee Hills and its wines.  This is achievable by sticking to the region’s roots and being mindful of balancing profitability and authenticity.  By following the mentality of, “Keep it real and keep it Oregon”, the Dundee Hills can continue to be a destination for wine enthusiasts and a source of pride for the local community alike.

Disclosure: The wines featured in the Wine Recommendations section were provided by the winery for the purpose of review. The selection and tasting of these wines were independently conducted. No compensation or incentives was provided from wineries or importers for inclusion in the story. As always, the top priority is to provide readers with informative and unbiased reporting. 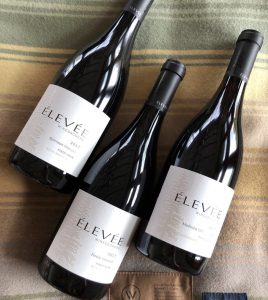 Élevée Winegrowers 2019 Pinot Noir, Élevée Vineyard- a beautiful wine that showcases the terroir of the Dundee Hills. The garnet-colored wine presents flavors of cranberry, raspberry, and a hint of dry herbs. On the palate, the wine displays crisp acidity and a well-structured body, culminating in a dry finish.

Anderson Family Vineyard 2017 Pinot Noir- boasts a rich garnet hue in the glass, and offers a sumptuous array of cherry and plum on the palate, accented by a subtle spice undertone. An earthy, vibrant wine, it concludes with a polished, refined finish.

Anderson Family Vineyard 2018 Pinot Gris- the initial taste is met with a bouquet of floral notes, complimented by a zesty grapefruit essence and a subtle hint of stone fruit. The wine closes with a lingering almond finish, making for a truly memorable experience.

Élevée Winegrowers 2021 ‘Glencolmcille’ White Pinot Noir- the wine has flavors of peach, apricot and melon, all supported by bright and crisp acidity. This wine is a tribute to Tom’s proposal to his wife in the picturesque coastal town of Glencolmcille, France, and is sure to delight with its delicate and refined flavors.