Theopolis Vineyards founder Theodora Lee has created a new award fund to help viticulture and enology students pursue a degree at UC Davis, the university announced in a press release. 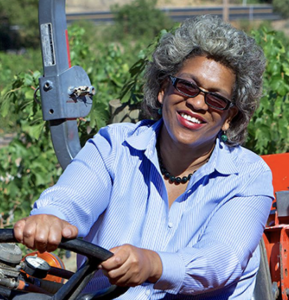 The diversity fund will provide one scholarship—up to $10,000—annually to students interested in the wine industry, preferring those who face barriers to entering the study or are underrepresented.

The Department of Viticulture and Enology at UC Davis began focusing on increasing diversity and inclusion in its student body in 2012. The percentage of underrepresented students has significantly increased from less than 10% to 25% over the last decade.

“As one of the few African American women who owns her own vineyard, I hope to inspire others to become vintners,” said Lee. “It is important that young folks know that they, too, can pursue careers in viticulture, vineyard management and even own a vineyard, and thrive in the wine industry.”

Lee donated $70,000 to start the fund, with its first scholarship being awarded to Iona Joseph, a senior-year student from South San Jose.

“I’m a student of color,” said Joseph. “I think representation really matters. I want to see people who look like me in leadership positions.”

Joseph is the chair of diversity, equity, and inclusion committee for the Davis Enology and Viticulture Organization student group. She also works as a lab assistant studying drought and heat tolerance in North American grapevines. The scholarship helped pay the rest of her senior-year tuition.

For more information about the UC Davis Department of Viticulture and Enology efforts and the diversity fund, contact Annie Roeser at aroeser@ucdavis.edu or 530-752-2952.

About the Author: Jaivon Grant

Jaivon is a former journalist and political commentator with Our Weekly in Los Angeles, CA. He can be reached at jaivon at winebulletin.net.